FACTS ABOUT POKER TO TELL YOUR FRIENDS

Be the Belle of the (poker) ball with these interesting poker stories. 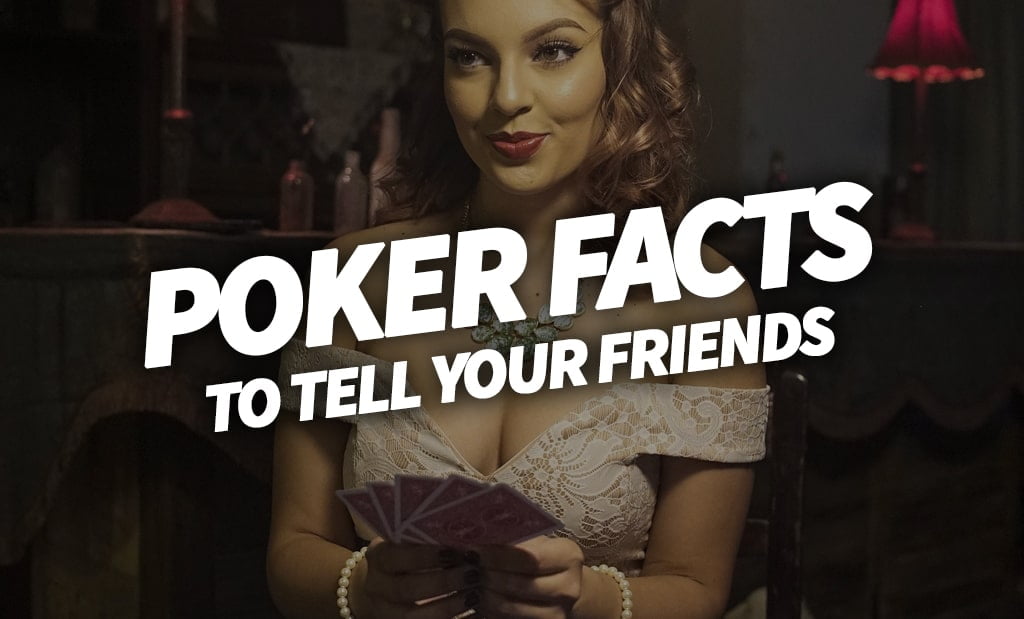 Want to become a true poker connoisseur? Then take a good luck at some funny and interesting facts about poker that we have put together for you. Enjoy!

Did you know that poker originated in America? It actually took birth in New Orleans, Louisiana. Nowadays, we know it as Texas Hold’em which is just besides Louisiana.

During its first years of development, it came apparent that there was a need for some kind of common currency. Poker chips replaced coins, gold etc. Till this day, poker chips are still used – but it is highly doubtful that they are fabricated the way they were, when they were first coined. Ivory, bone, clay and wood seems to have lost its grip in chips, but luckily poker has not lost its grasp on people.

From Underground to Television

Day by day, year by year, poker evolved. In 1973 it took a giant leap forward. For the first time ever The World Series of Poker was transmitted live from Las Vegas. Tennessee child, Walter “Puggy” Pearson, won $130.000 and the main event that year. Since that year, many more tournaments have been televised for the pleasure of people.

Bigger audience and more people watching poker, means more “eyes on the prize”. Luckily, there are plenty of combinations to go around.

There exists more than 300 million seven card poker hands. That is quite a few. That is just a few millions too many for pros to remember, but they still manage to get the edge on you. Sometimes. It is stated, that the best poker players only got five percent advantage on a skilled poker player.

This is next to nothing, but if you learn to read your opponents? almost nothing might just be enough. It is said that leaning forward or backward is a tell-tell sign of a strong hand.

It is also said that some poker players play in dirty clothes out of shear superstition. SO be aware of your surroundings and smell your way around superstitious players looking for glory (and gold).

Do you know any interesting facts about poker? Comment down below or send us a massage. You can also check out our other blog post with more poker facts.

If you like poker then you should check out EasyPoker. It’s an app that’s designed to facilitate live poker among friends. It has a Kahoot style multiplayer system and it’s completely free. Get it for iPhone and Android.