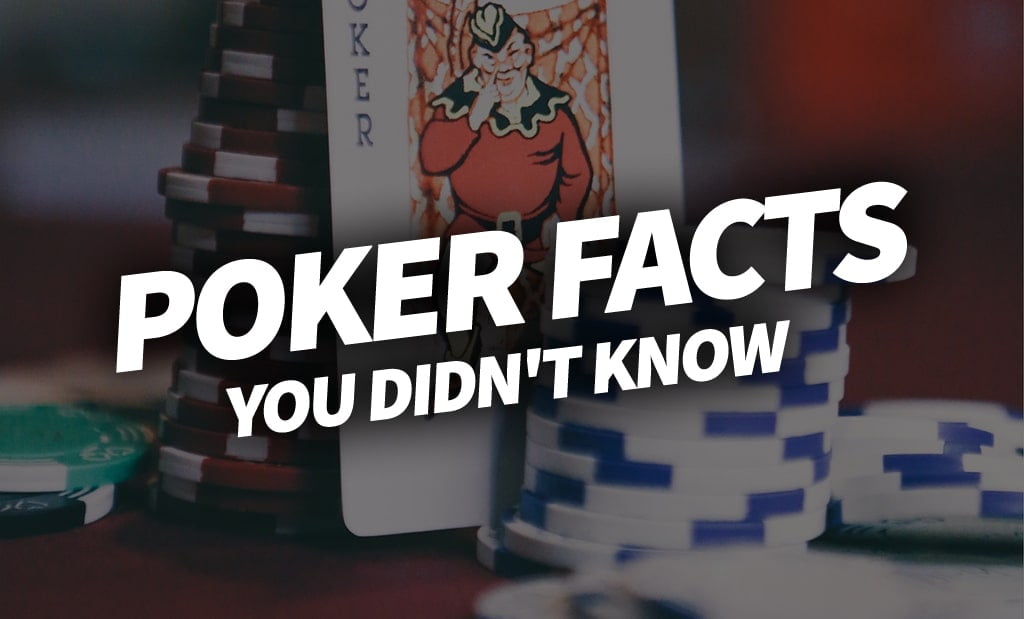 We all know that poker is an awesome game that connects people all around the world. At the EasyPoker headquarters we love poker but we don’t really know much about the origin of the poker game. Therefore we decided to do some research (and a little math) to bring you the best, most interesting, and fun poker facts. Have a great read!

Our first poker fact is about the professional poker star Antonio Esfandiari. In 2012 Esfandiari won $18,346,673 in the WSOP Event 55. This is the biggest official win of a poker tournament. Ever. That’s a lot of money.

One of the craziest poker facts is about a really long game of poker. Actually the longest game in history. Some unverified sources claim that a poker game once ran for 8 years, 5 months and 3 days. Apparently the game was held in a small theatre called “Bird Cage Theatre” located in Tombstone, Arizona.

Another source confirmed by the Guinness book of world records, claims that the longest game of poker ran for over 14 years. This happened at the Dun Glen hotel in Thurmond, West Virginia.

The first people to play poker was the french residents of New Orleans. They called the game poque. Poque quickly became very popular among the english speaking settlers, which evolved the name to poker.

Not all poker facts are as crazy as this one. The largest poker tournament in word history was an online event with 253,692 participants. The tournament was hosted by PokerStars UK and had a 10,000 US dollar price. In the end an Austrian man won after having played 470 hands. It’s really crazy when you think about it.

You might have noticed that the Ace of Spades card is different from the rest of the bunch. It actually stems from the 17th century. Back then laws required the Ace of Spades to bear the insignia of the printing house. This has later become a tradition that most printing houses still follow. This fact is so odd that it really deserves a top spot on our list of the greatest poker facts.

6. Royal Flush is more common than you think

Now you’re filled up on cool and unusual poker facts. Casually tell people these facts at your next poker game to appear cool and smart. And hey, if you want to play face to face poker on the go, then please check out the EasyPoker app.