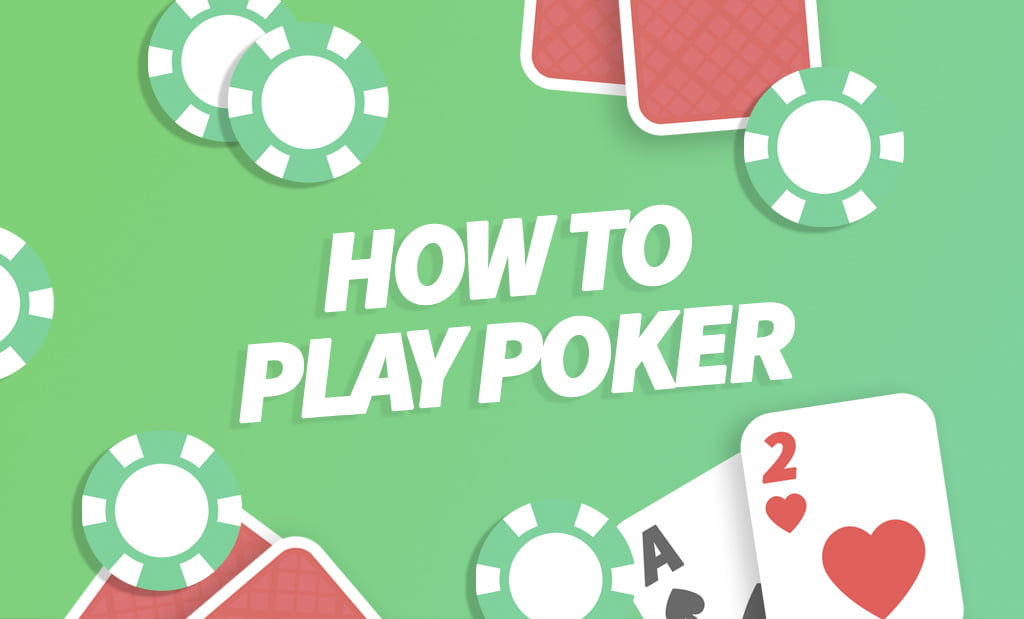 How to Play Poker Video Guide

Watch the full tutorial on how to play poker in this video.

An easy way to get  started with poker is to use EasyPoker. This is a free app that facilitates your poker games with friends. I keeps track on all rules, so you just have to enjoy the game.

The most common types of poker games are Texas Hold’em and Omaha poker. These two go way back to the beginning of poker and have been played by eveyone from cowboys to presidents. This guide will focus on Texas Hold’em – but once you get the hang on the general rules of poker you will easily be able to move to other types of games like Omaha.

Before we start the guide on how to play poker you will need to know the 10 basic hand combinations and how they rank. For an in debt guide on this you should visit our full poker hands ranking guide.
But here is a quick guide:

The lowest ranked is called high card and is basically just used when no players have any other combinations.

The second lowest poker combo is called One Pair. This is two cards of the same number or letter.

Next in line is the Two Pair combination which is two different pairs of cards. Like 3, 3, 9, 9 etc.

Next comes Three of a Kind which are three cards of the same number or letter. Here the suits have no role in the combination.

After the straight comes Flush. The flush consist of 5 cards of the same suit. In any order.

Then we have the Full House – a combination of Three of a Kind and one Pair – all in one hand.

Four of a Kind is 4 cards of the same number or letter.

Next up is the Straight Flush which is a Flush in sequential order.

Finally we have the Royal Flush which is the best hand in all of poker. It’s basically the same as a Straight Flush, but it goes from 10-A. Here’s a fact: The probability of getting a Royal Flush is 649,739 to 1.

How to Play Poker – Getting Started

With Texas Hold’em each player is dealt two cards facing down. These two cards are for your eyes only and must be kept a secret for the other players. These are called hole cards and are just for you.

Once all cards are dealt, the two players sitting clockwise from the dealer button (the player who is dealing) will have to put out the small- and big blind. This is also called ante. These blinds make sure that we always have chips on the table each round. The big blind is usually the double amount of the small blind. Let’s set the blinds to $1 and $2 for this example.

All players will have to at least match the big blind in order to continue to the next round. This is called to Call. Players also have the option to Fold and Raise. Folding means to quit the current round and you will have to give up your two cards. If you Raise you not only match the current bet, but raise the price for further participation.

After the initial betting round three new cards will be put out on the table for all players to see. This is called the flop. See image from EasyPoker.

The cards on the table are called Community Cards.
These are for all players to combine with the cards in your hand.

After the flop comes another round of betting – starting with the player sitting left of the dealer.

All players who wish to stay in the round have to match the highest bet (just like in the initial betting round).
Unlike the initial round, players now also have the option to check, which means not to bet nor fold. This will simply let me go to the next round – but only if nobody makes a bet. If one of the other players bet, yoou will have to either fold, call or raise. 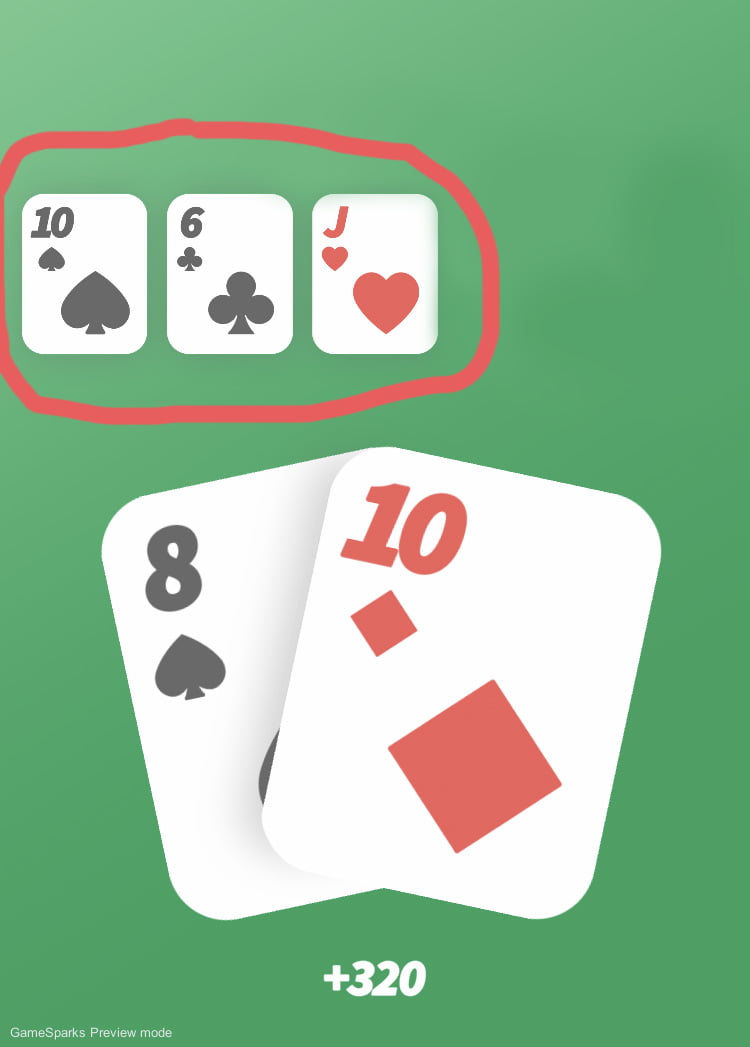 The dealer “burns” the top card of the deck (meaning it’s removed and put aside) and then proceeds to add another card face up on the table. This means we now have four community cards on the table.

Players then have another round of betting – following the same format as last time.

The dealer burns another card from the top of the deck and draws a fifth and final community card for the table. After this we have one last round of betting before players have to show their cards.

The player with the highest 5 card combination wins and gets all the chips betted during the round (the pot).

The role of the dealer then changes clock wise as well as the role of small- and big blind before all cards are shuffled and you starting all over for a new round.

Let an app handle your game

An easy way to get started with poker is to use an app like EasyPoker to facilitate your game.

The app takes care of everything from shuffling to dealing and makes sure that all rules are followed and that chips are correctly distributed.
It’s free to download on the App Store and Google Play. Consider giving it a go. 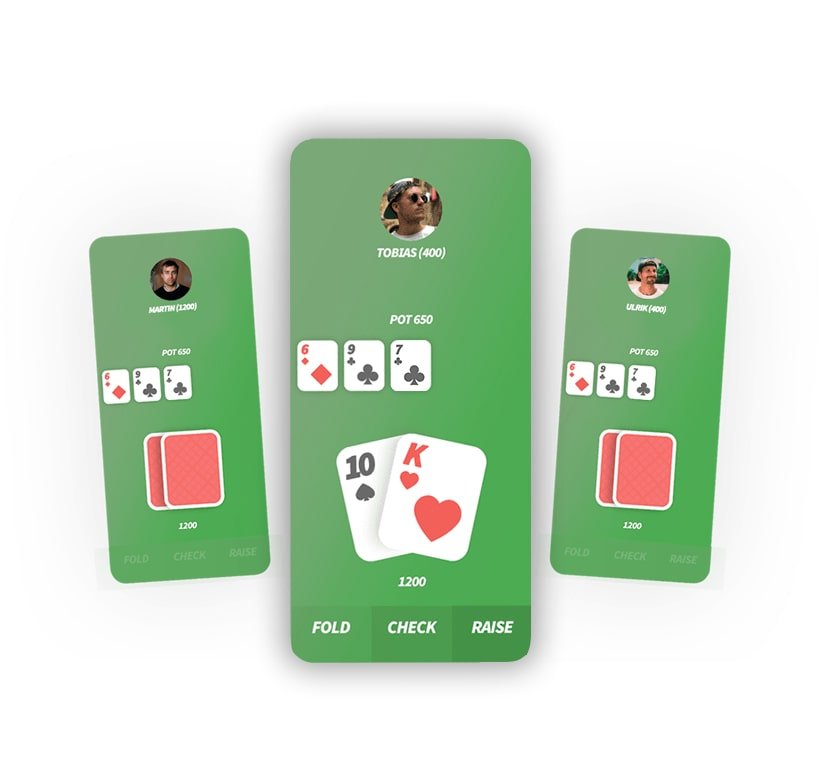 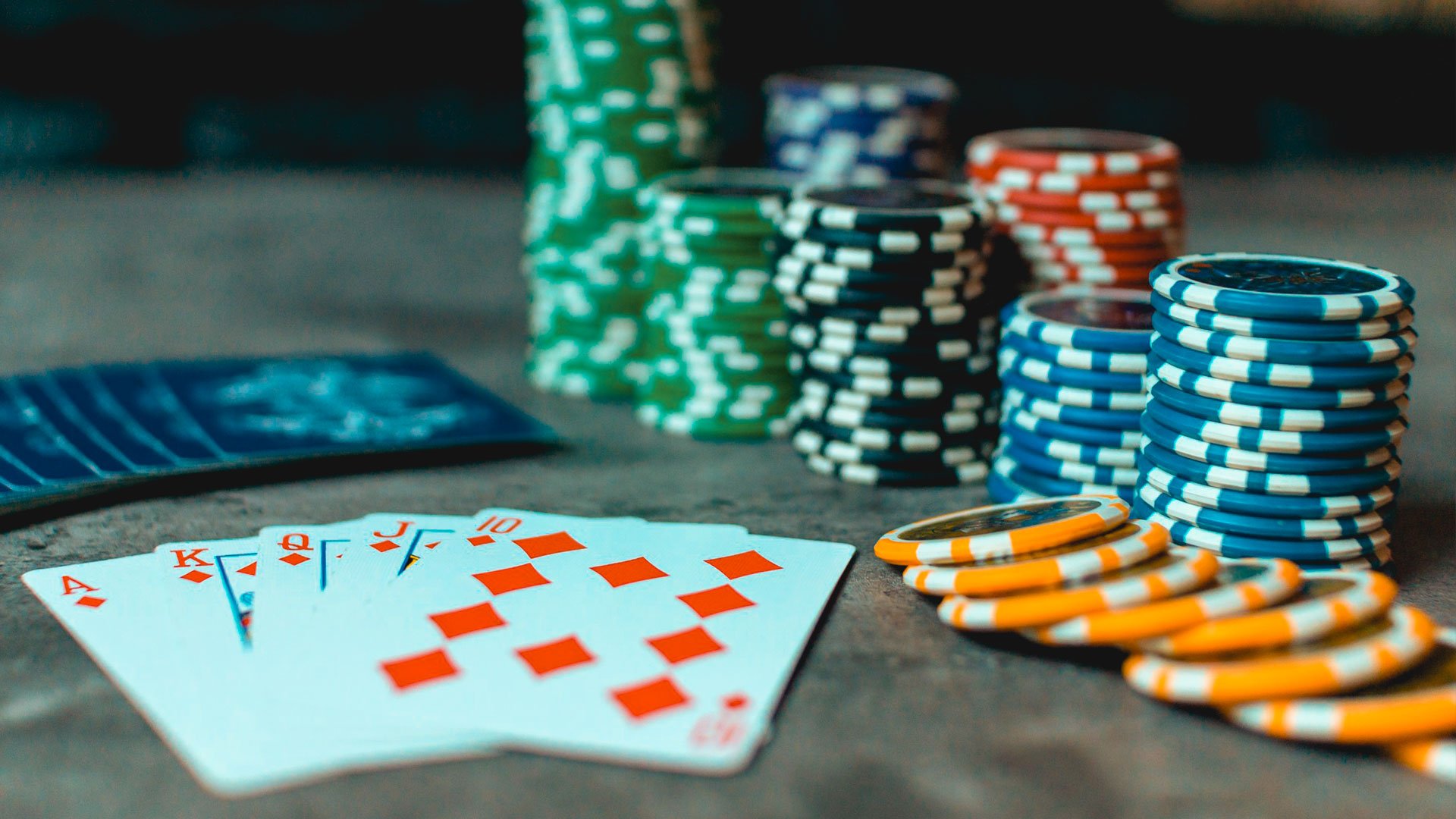 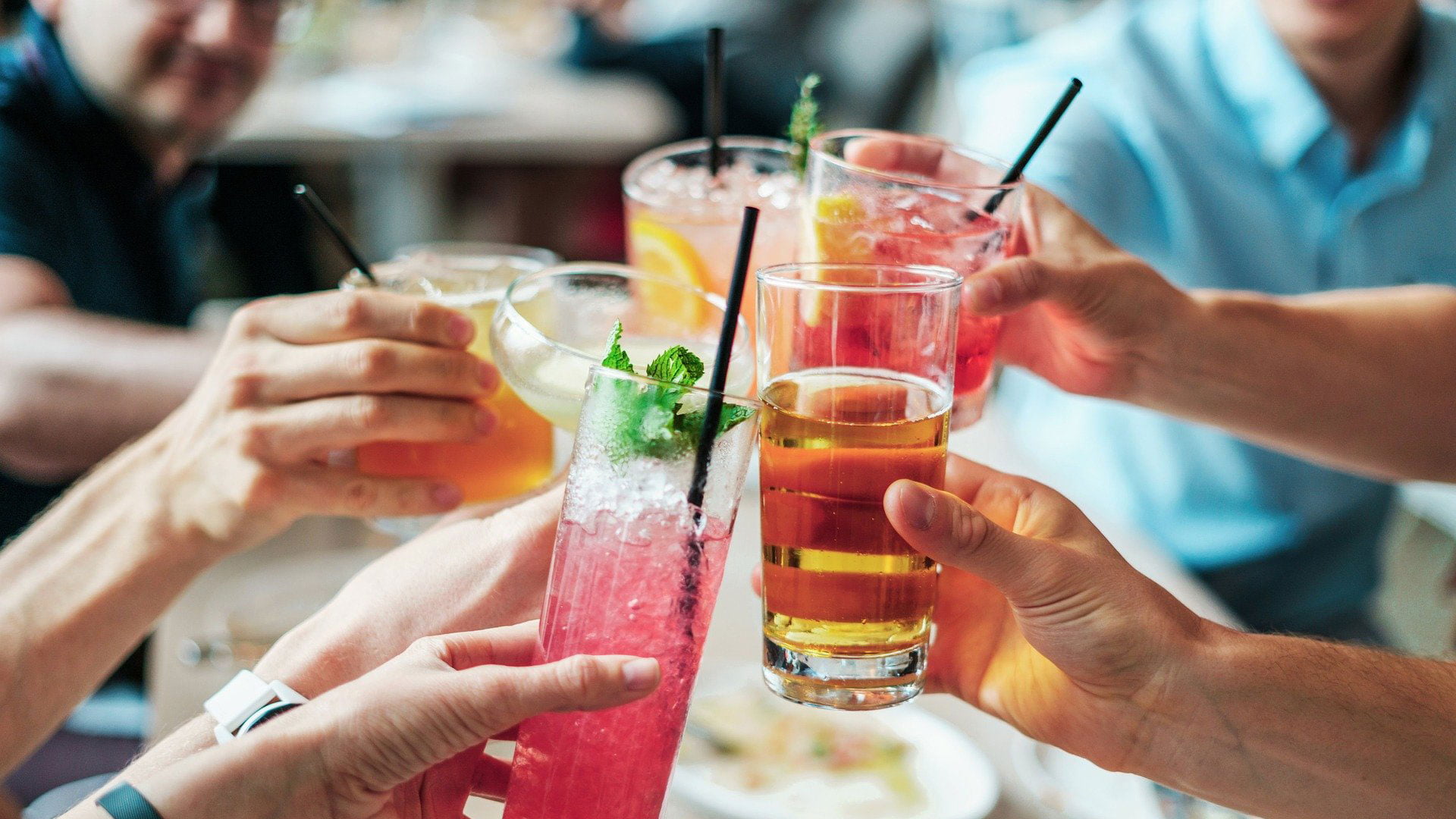 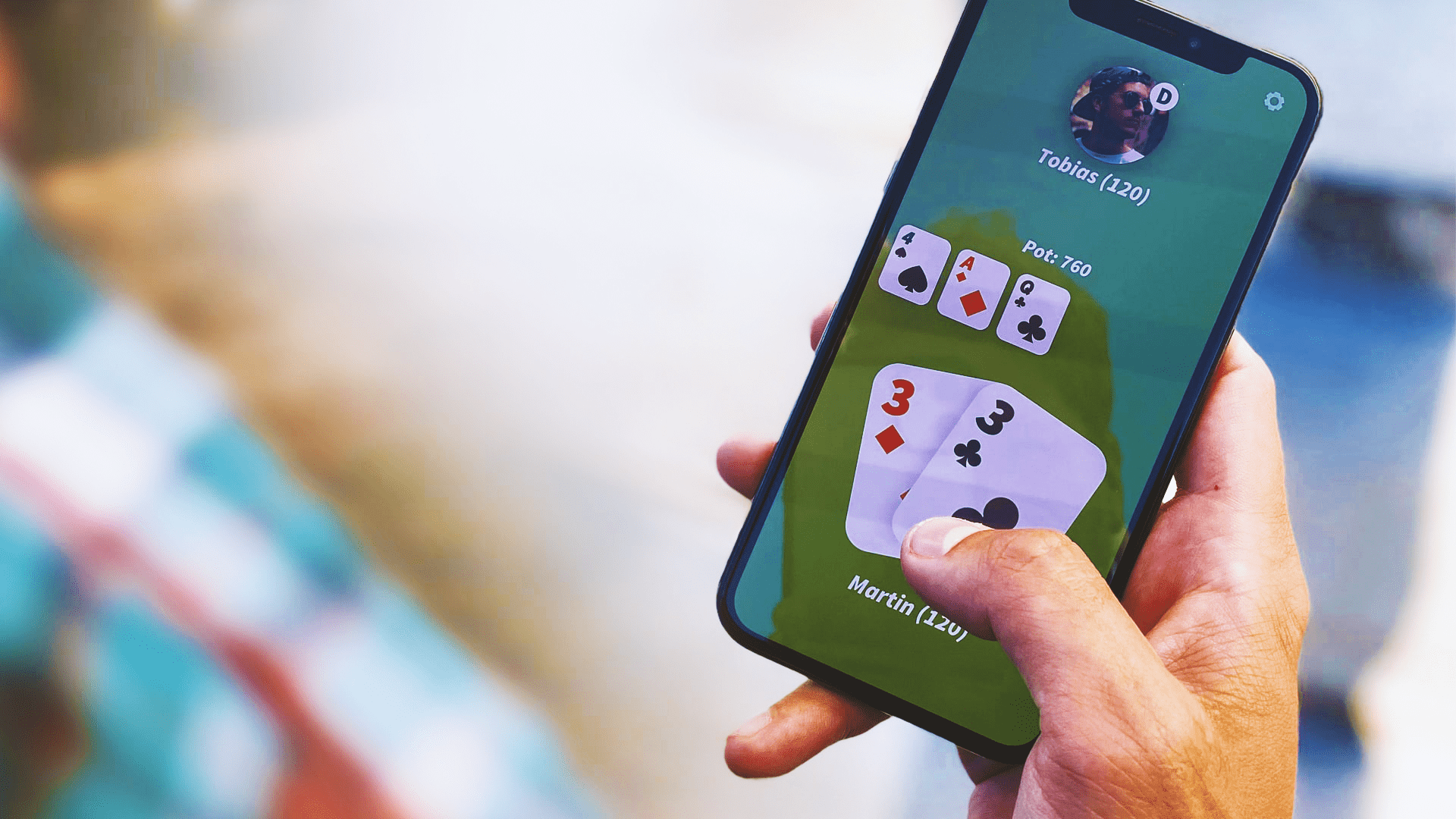 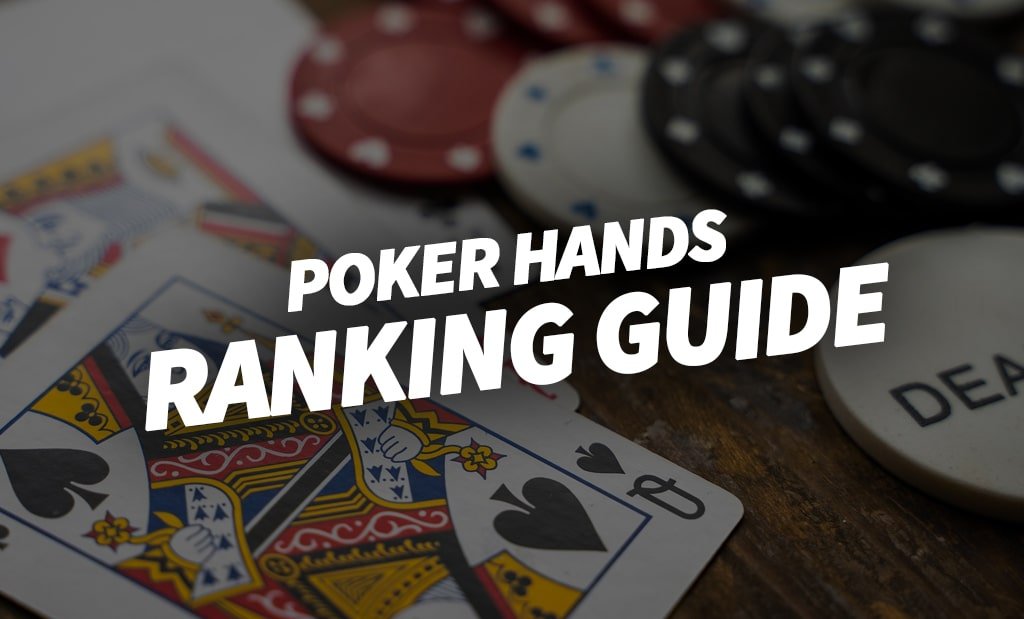 Check this video for a simple and intuitive explanation. 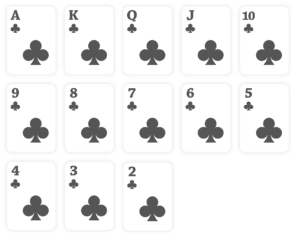 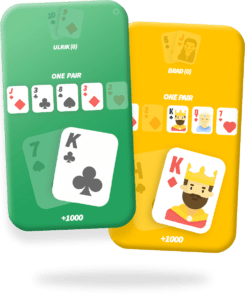